Arts & Culture
KNEEL comes out of the 2016 NFL season's controversy surrounding Colin Kaepernick and presents the authoritarian view of a graphic emblem, their jersey numbers which identify the players, and the official Flag Code in vinyl on the wall.
No items found.

Typeforce is a Chicago-based exhibitions where designers are encouraged to create works coming out of their research and practice.

KNEEL focuses on the 2016 NFL season's controversy surrounding Colin Kaepernick and presents the authoritarian view of a graphic emblem, Kaepernick and teammates’ jersey numbers which identify the players, and the official Flag Code in vinyl on the wall. The stripes of the piece, which reflect the stripes of Old Glory, fall onto the floor and overlap both the jersey numbers and flag code—in the latter instance to represent obscurity of meaning, use, or application, and in the former instance to represent imprisonment of voice. It’s always amazing to see design work displayed that carries more than just an eye-candy message, (though it takes long nights, a bit of physical labor, and confidence to install a public piece and to be able to withstand the inevitable response) but I believe it is the responsibility of graphic design to unify communities at not only the university level, but others as well.

Special thanks to my professors at UIC for their constant feedback and encouragement, and my parents for flying in from Idaho to view the original exhibition, for being the subjects of the image, and for their unwavering support. I also want to thank my wife, Becky, for spending hours on end weeding vinyl and cutting turf with me.

Self-initiated projects are intended to keep up with critical engagement in the field. There may be a brief, may not be. 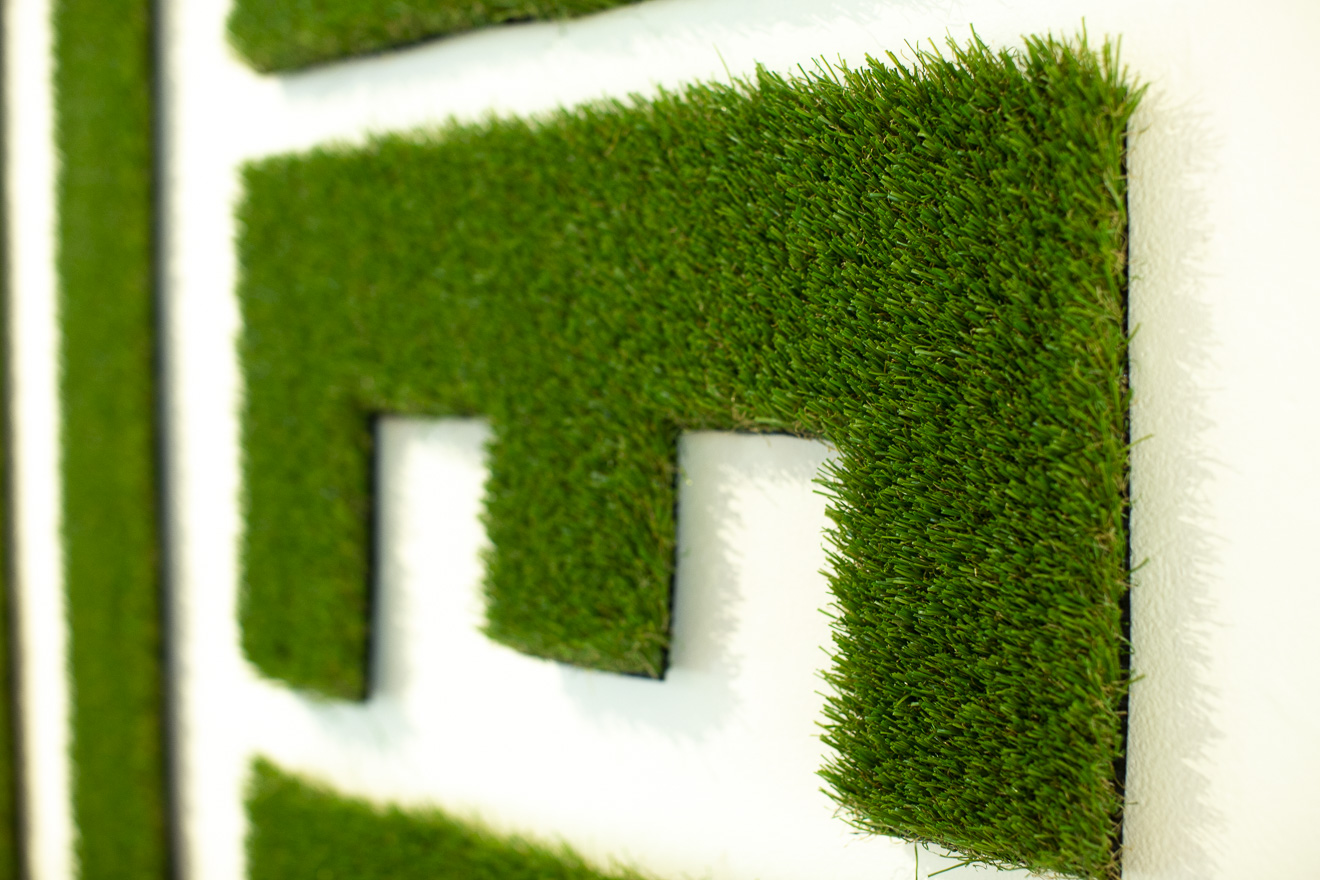 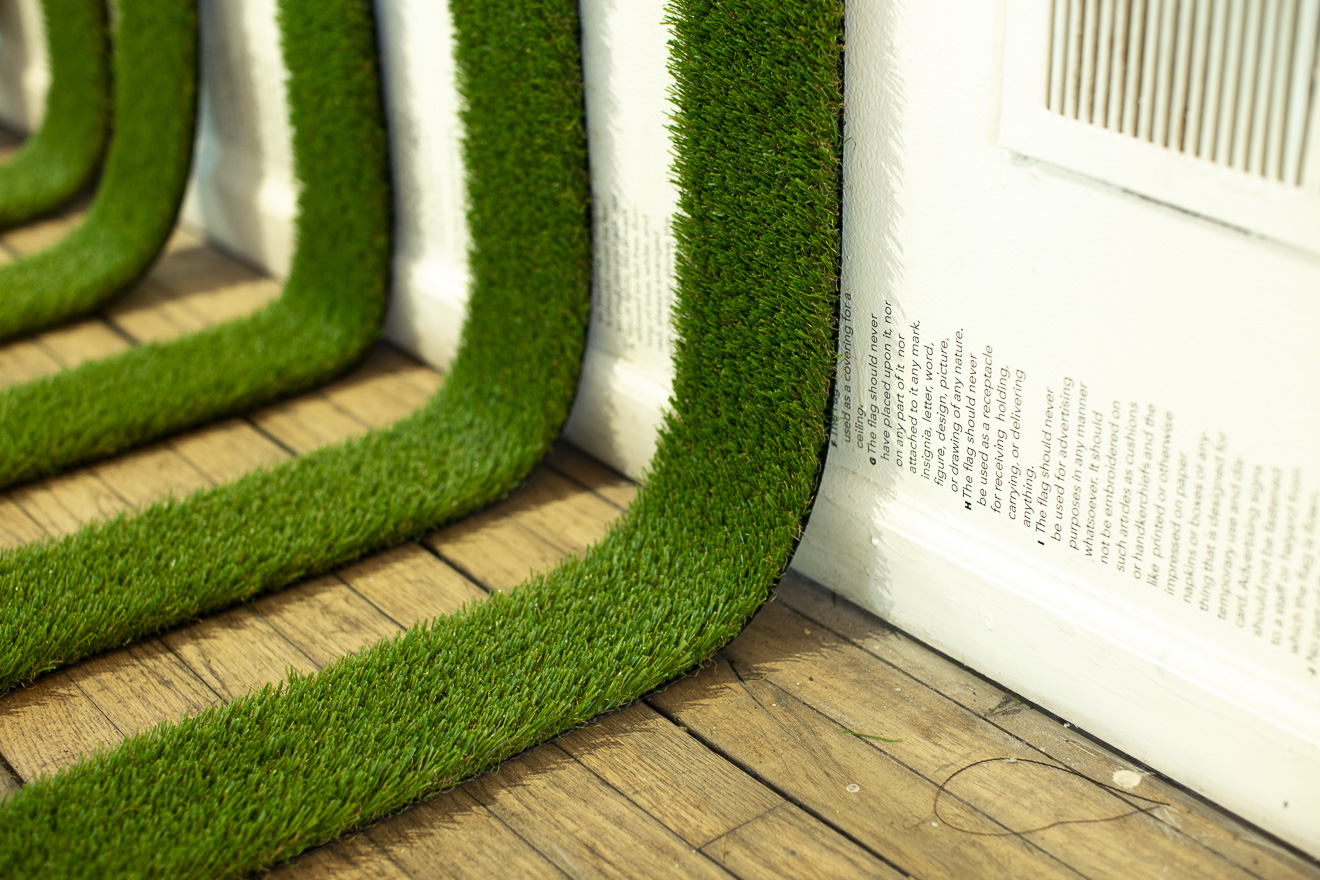 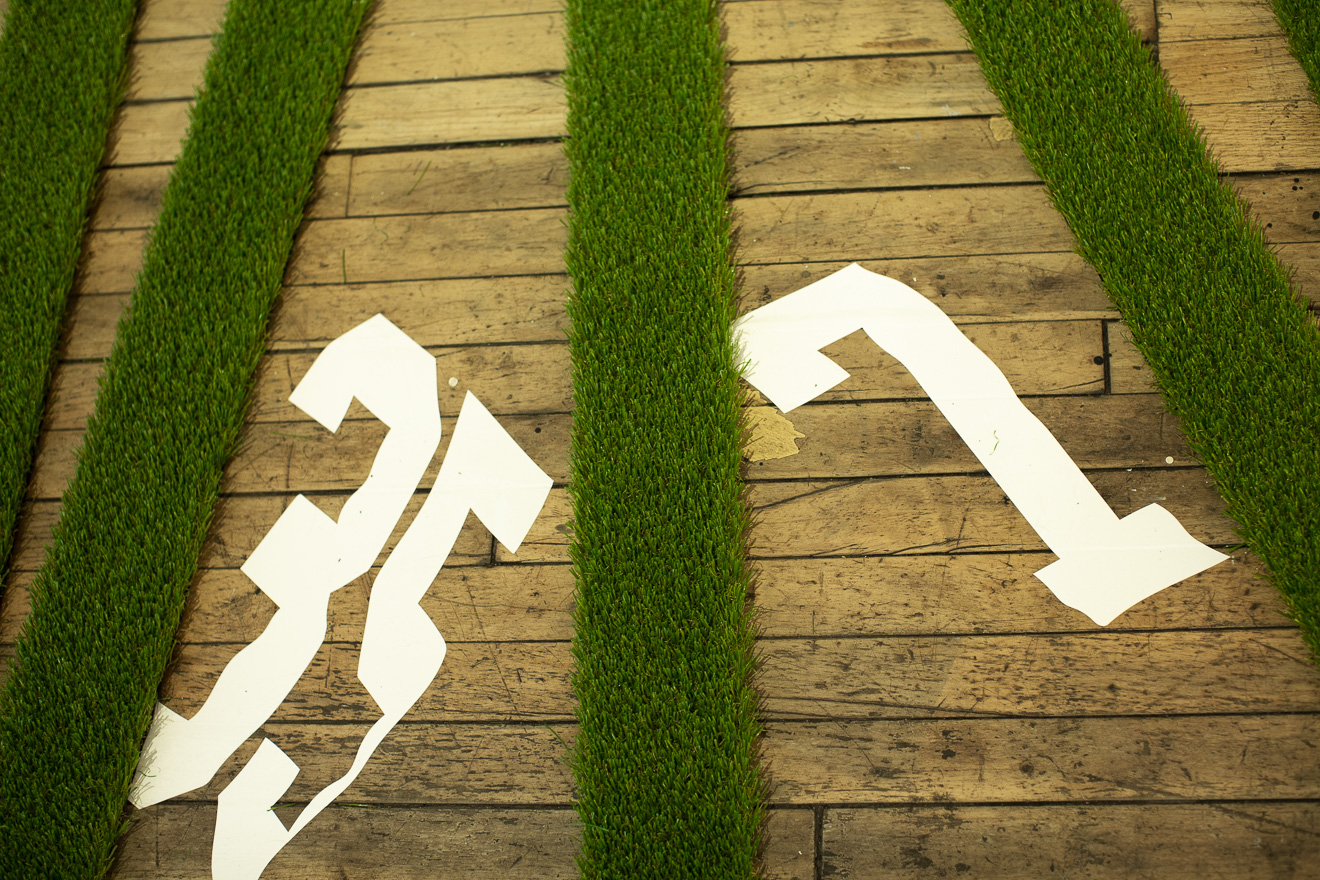 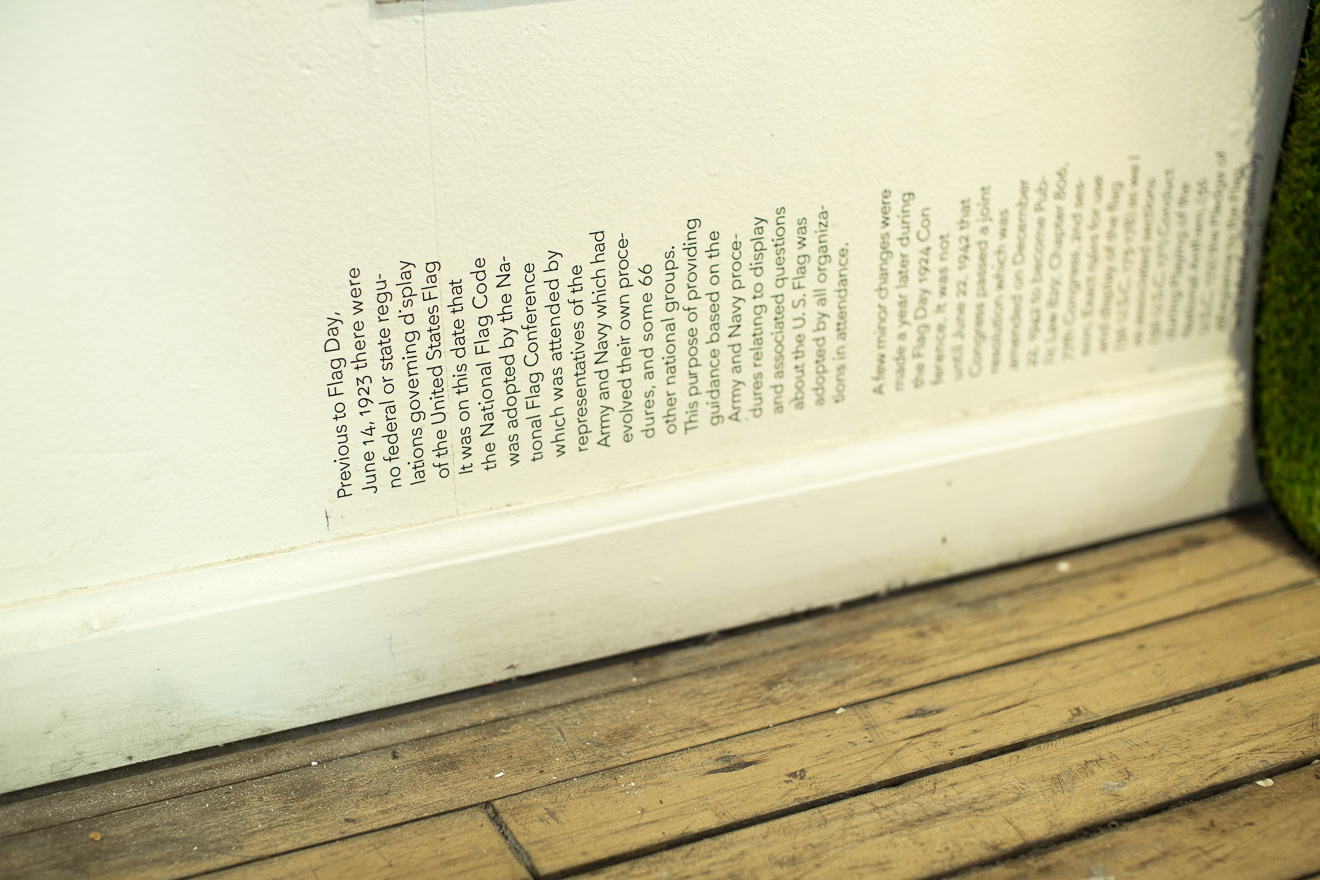 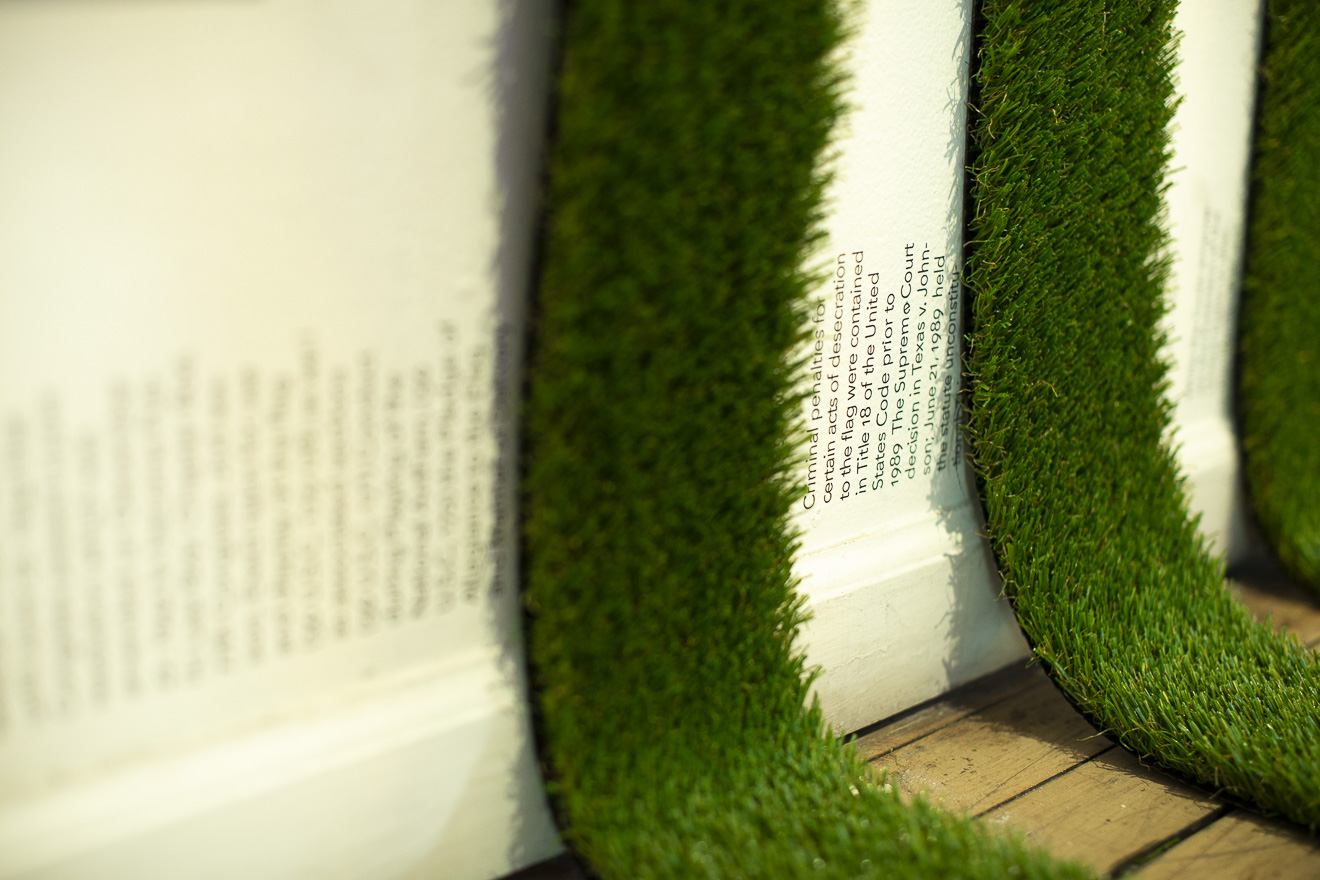 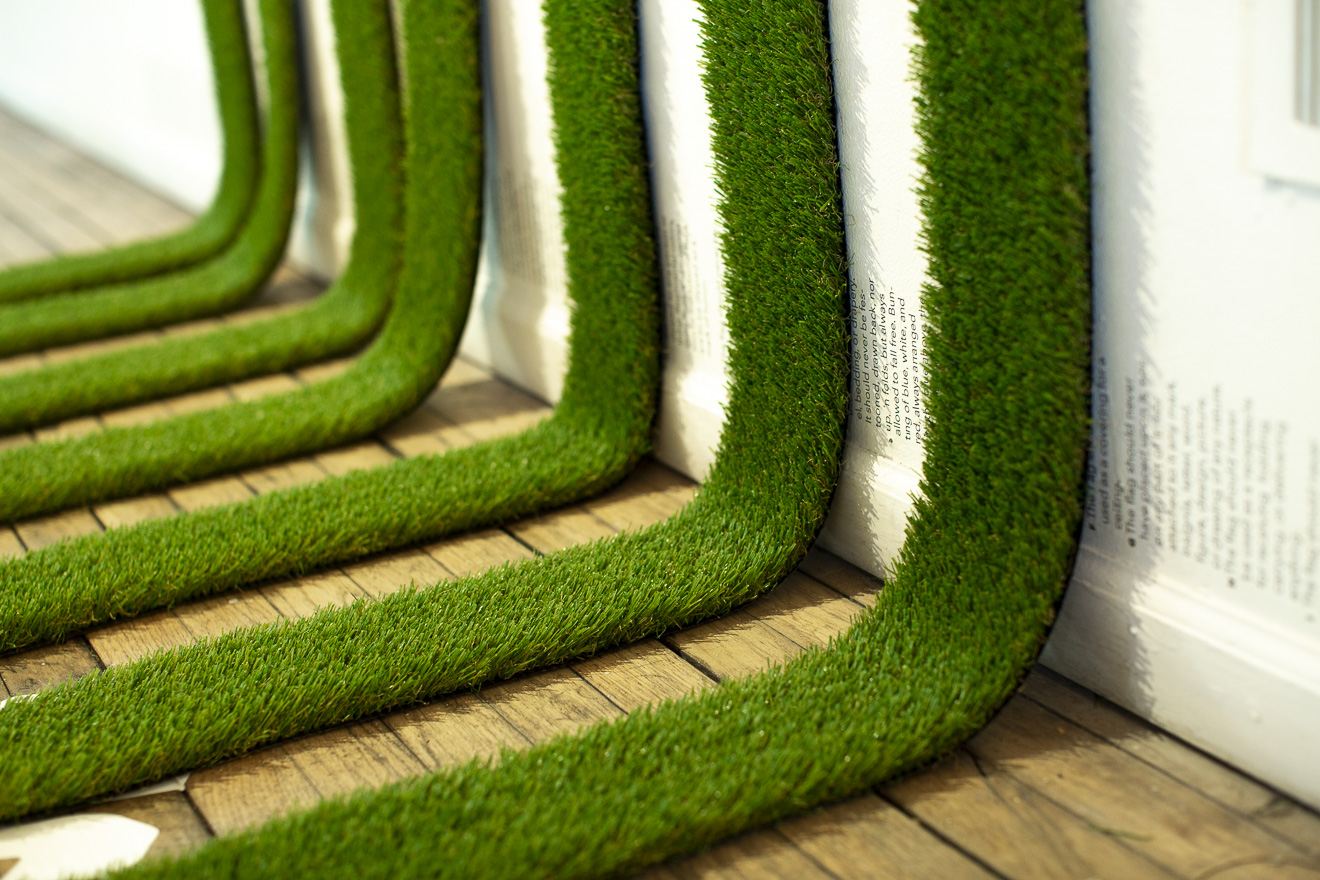